Unicorns: Worthy of Their Mythical Reputations? 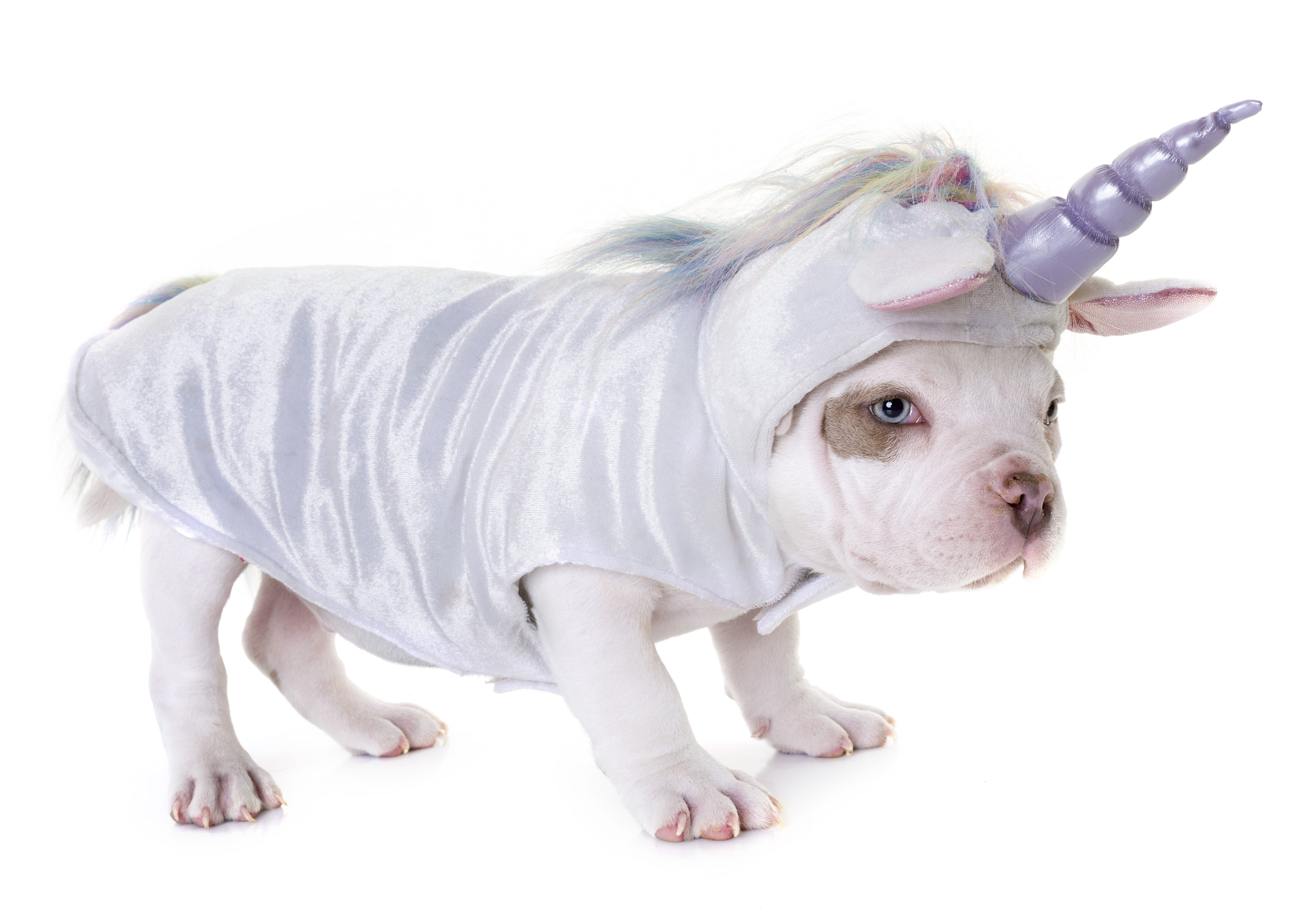 Why Unicorns like GoPro, Blue Apron and SNAP ended up “Dot-Com” Busts in Disguise?

We are less than 2 weeks away from the end of the second decade of the current century — a welcomed change of the calendar so we can refer to the new decade as the “20s” unlike the last two nameless decades.

One of the things I love about this time of year (in addition to peanut butter kiss cookies) are the “look-back” features various media outlets put out. The Wall Street Journal this week took a look back at one the hottest venture capital phenominons of the decade — the emergence of Unicorn.  The so-called “Unicorn” is a privately held startup company that reaches the lofy valuations above $1 billion, a level that was once “mythical”.

Well, WSJ’s analysis found that for the most part, investors would have been better off if many of these unicorns had remained a myth rather than ringing the bell at the NYSE or NASDAQ:

Despite their growing numbers and valuations, the performance of unicorns has been a mixed bag. On the whole, an investor in the second half of the decade was likelier to have put money into a unicorn that was unprofitable and whose value has dropped as a public company than an investor in the decade’s first half, The Wall Street Journal found. 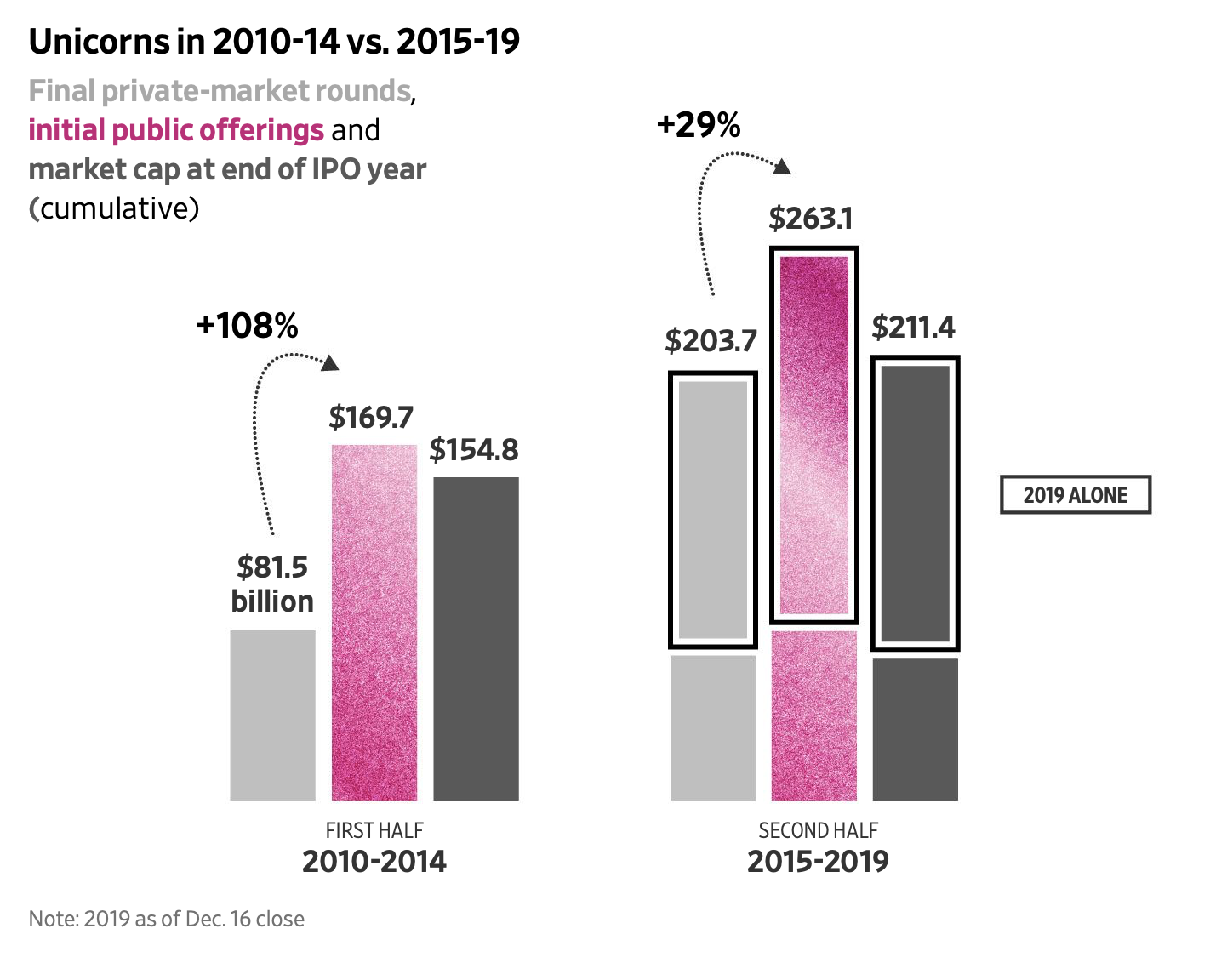 Source: A Decade of ‘Unicorns’ Ends With a Little Less Magic – WSJ

GoPro, Blue Apron and SNAP ended up on the scrap heap of Unicorns gone public over the past 10 years. All three were among those companies that crossed over the $1 billion pre-IPO valuation heights, only to nose dive after their listing on the public exchange.  Each company garnered huge public awareness, delivered massive consumer usage and back it all up with massive advertising and marketing. Private investors couldn’t throw money at them fast enough and the public lusted for thier IPO so they could get in on the action.

Out of the 46 Unicorns of the decade, I singled out these three for a specific reason. From an advertising sense, they did everything right. GoPro was everywhere at the beginning of the decade — who could forget the unbelieblae footage from GoPro’s strapped to the helmets of skiers and bikers as they shredded their way down the mountain?

But when these companies filed for their IPOs, investors had the opportunity to look under the hood and huge strategic challenges were exposed. Going back to GoPro, the issue was the emergence of the Smartphone and constantly improving cameras with image stabilizations. So while all the marketing efforts for the company were focused on selling new cameras to consumers, what they should have realized was that they had on their hands amazing, feature-rich technology. If they had focused their efforts on licensing the technology to be included in other devices, consumers would have likely gobbled it up.

For Blue Apron, it was a service with enourmous new customer Cost-Per-Acquisition (CPA) costs and like GoPro, it found itself offering a service that all the local grocery stores could quickly pivot and begin competing with. Snap — well that was a company Chris Versace at Tematica Research (a company I helped launch) offered harsh criticism right from the get-go.

Please select all the ways you would like to hear from Enlutions:

You can unsubscribe at any time by clicking the link in the footer of our emails. For information about our privacy practices, please visit our website.

We use Mailchimp as our marketing platform. By clicking below to subscribe, you acknowledge that your information will be transferred to Mailchimp for processing. Learn more about Mailchimp’s privacy practices here.